APPLY NOW!
By Brewery Finance on July 24, 2018 in Our Programs, Small Business

Our Better Beer Now effort helps brewers quickly and affordably get vital QC gear. Here’s info on the mighty benefits of the ChillerTron.

According to the engineers behind ChillerTron, the art of making beer better and achieving brewery success hinges on how effectively hard-working brewers can chill. Not themselves — their beer. That’s why San Diego’s InteliGro Business Associates created ChillerTron, which shortens fermentation times, improves beer quality, and saves breweries money and worry. 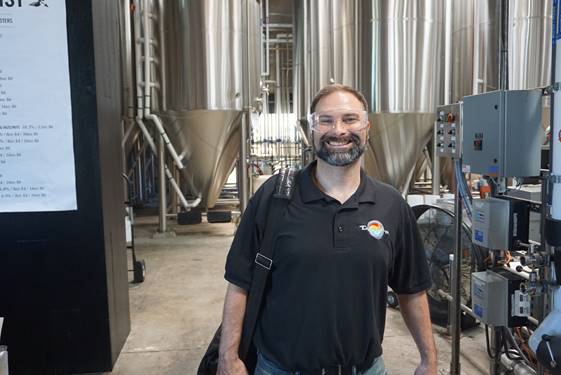 “Competition in craft beer has increased,” says Robert Esposito, InteliGro’s head of business development. “Today brewers need to step up their game and consistently make amazing beer to gain an edge over their competition. Fermentation is the area most in need of strong process control, and it’s generally the least well managed.”

ChillerTron addresses that shortcoming by eschewing the standard thermostatic/solenoid system and its 100% on-or-off method, which overshoots target temperature and leads to fermenting beer warming and cooling, over and over. “Yeast is a living organism,” Esposito notes, “and doesn’t like those swings. It performs best at a consistent temperature.” Temperature fluctuations throughout a tank’s fermentation environment create even more problems for yeast and efficient fermentation. 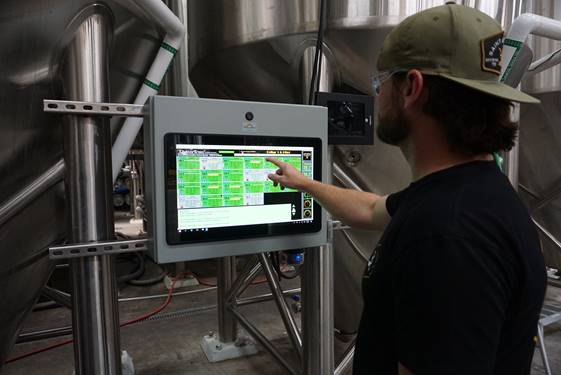 “With ChillerTron,” Esposito says, “fermentations can finish about 30% faster.  So brewers get what we call ‘virtual brewery expansion’ because they can make more beer without adding more stainless steel.” The system precisely repeats profile steps for every fermentation to ensure batch-to-batch consistency, and handles a range of other monitoring/control measures. These operations can all be monitored and operated via cell phone or laptop, without a brewer being onsite at their brewery.

InteliGro began its ChillerTron project in 2011 while working with White Labs.  “We were designing their culture-tracking systems for their quality control lab,” Esposito recalls, “and realized we could build a system to manage environmental conditions to get healthier and more productive yeast.  Yeast health and viability are extremely important  for a company that sells fresh yeast cultures. The yeast has to be healthy and viable enough to survive shipping and make great beer when it gets to the brewery.”

After creating this system for White Labs (dubbed “YeastMachine”), InteliGro installed similar systems in White Labs production facilities around the world. InteliGro then combined the best ultra-precise features from that effort with new ideas, to create a temperature control system that’s affordable to small brewers and delivers the same big benefits.

Those benefits have fueled strong word-of-mouth growth and put ChillerTrons in about 60 US breweries in the US, and in several kombucha makers and craft distilleries. ChillerTron’s beer customers include mass-market brewers, large craft brewers like St. Archer, Fort Point and Funky Buddha, and small 7BBL brewers such as Imprint Brewing in Hatfield, PA.

The systems start under $10,000 and can be funded through Brewery Finance’s new Better Beer Now quality boosting initiative. “We love Better Beer Now,” Esposito says, “because it helps smaller brewers who might have thought the advantages of advanced quality controls were out of their price range. Better Beer Now is all about quality improvement, and so are we. The days of being able to make just OK beer and succeeding are in the past.”

Equally out of date are the days of settling for the old status quo when it comes to fermentation. “Brewers,” Esposito says, “spend a great deal of valuable time passionately tuning beer recipes and processes. But that work can be nullified by poor cellar controls. We believe the fermentation cellar deserves the same attention to detail as the brewhouse.  ChillerTron makes that possible.”